Posted at 18:00h in Publicaciones by Victor

The 2nd Collaborative European Freshwater Science Project for Young Researchers (“FreshProject”), a joint initiative by the European Federation of Freshwater Sciences (EFFS) board, the European Fresh and Young Researchers (EFYR) and representatives of the Fresh Blood for Fresh Water (FBFW) meetings, awarded the project Urban Algae in March 2018. This project addresses the ecological status of urban ponds and societal perception of their ecosystem services while simultaneously increasing the interactions and collaborations among young freshwater researchers across Europe.

We hypothesize that a good ecological status of urban ponds´ water will be reflected in the perception of the public by a high valuation of ecosystem services. This project will merge citizens´ perception and urban ecology along an urbanization and latitudinal gradient across Europe. For this purpose ca. 25 teams from multiple locations across Europe will sample urban ponds to determine the ecological status and perform online citizen surveys based on images of the studied ponds. The outcomes can then be used to disentangle the relationships between ecological status and perception of the public of urban ponds. In the light of increasing urbanization, the development of tools for stakeholders for the effective and efficient management of urban ponds is important. 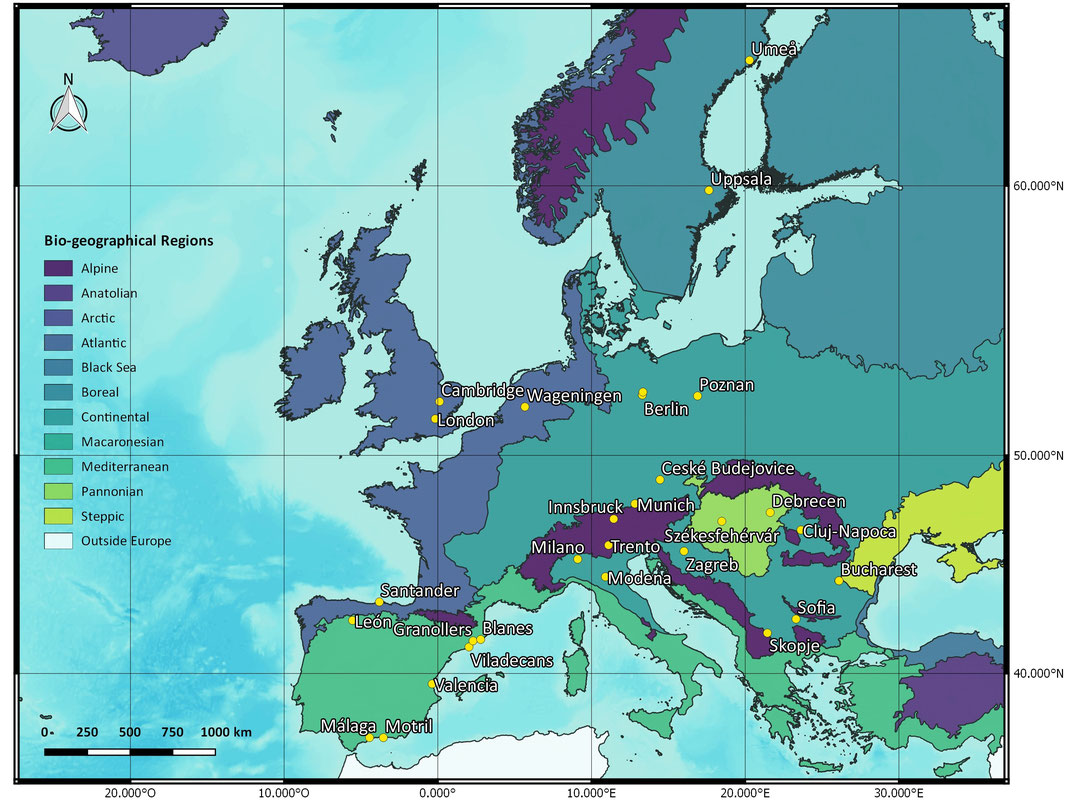 With the Urban Algae project, we contribute to increase the knowledge to this field and simultaneously foster the interdisciplinary collaboration between young scientists in Europe.

The first results were presented at the XIX Congress of the Iberian Limnology Association in Coimbra (Portugal).